What is the meaning of human activities to mark boundaries for distinguishing disciplines?

This video is sometimes presented as part of a six-channel video installation which includes: 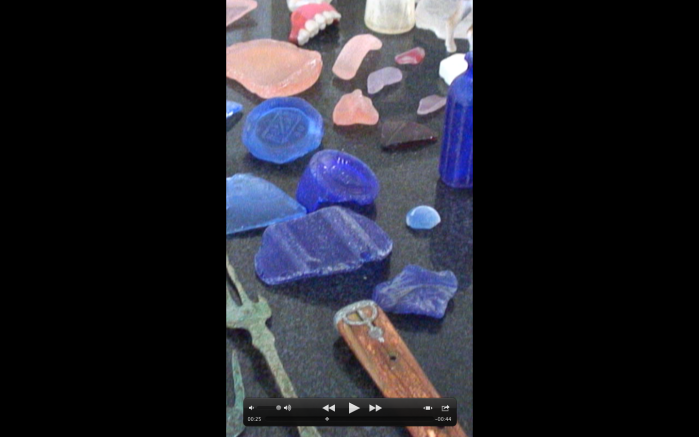 A video looking over a collection of marine debris: This is a close up video of marine debris found on a beach near to a garbage dump. The heavily abraded items, which range from varying artifacts to animal bones, are arranged by colours. 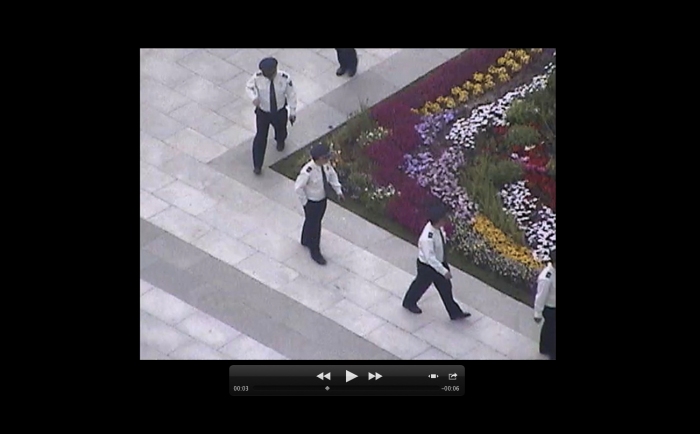 A recording of policemen patrolling a flowerbed: This is a long shot bird-eyes-view video captured through a government owned closed circuit television located in Seoul. The interface for accessing and controlling the camera was found accidentally. The camera was directed to look at a corner of a flowerbed in downtown Seoul, which was designed and built to prevent public gatherings. Policemen patrolling around the corner was captured and edited to appear that the policemen were walking around the corner in an endless line.

A video recording of a person marking a line between water and land on a seashore: This is a long shot video of a person marking a line on the ground during uprushes and backwashes of breaking waves on a seashore, trying to divide water and land. While the division is impossible, or ambiguous at best, as the person disappears into a far end of the shoreline, the line is erased by swashes. 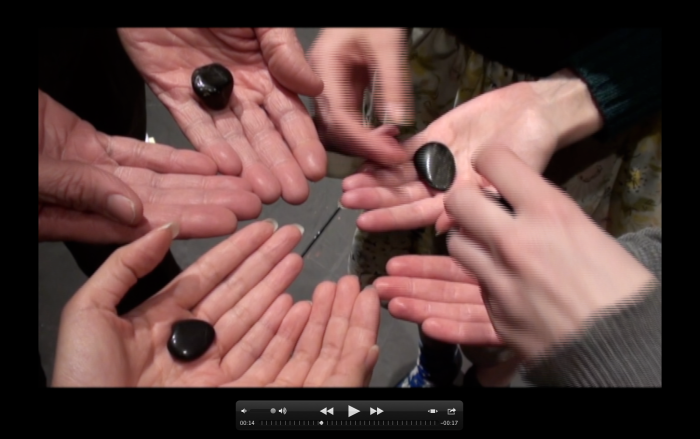 A video of eight hands passing black pebbles to the next hands according to a sound of breathing: This is a looping and blinking video of hands playing a game. Initially, each person holds a pebble when the game starts. The pebbles needs to be moved to a hand of the next person at every exhale and one cannot hold more than one pebble at the same time. This forces the people to synchronise the act of breathing and the movement of the pebbles.